Transuniverse Forwarding and EKOL are expanding their cooperation.

As of September the Turkish group will be acting as agent for the Ghent-based groupage specialist in Hungary as well. To service that country both parties are playing the intermodal card.

Transuniverse and EKOL are already partners in Turkey and Spain. Hungary is a new addition. To date, Transuniverse has engaged the services of a local haulier, but sees more growth potential with EKOL, says operations manager Kevin Van Ongeval.
This fits in with the growth strategy of Transuniverse Forwarding, which has recently started to operate in Russia as well.

The Ghent-based operator provides daily freight options from Belgium to Hungary. Every week around twenty trucks make the journey in that direction, says Van Ongeval. The vast majority of those transport operations involve the transportation of part loads.
The trucks do not cover the whole distance by road – the trailers are loaded onto a block train in Cologne, bound for Budapest, which shuttles to the Hungarian capital on Mondays, Wednesdays and Fridays.
Transuniverse expects the frequency to increase in the future but with this product, for now, it is primarily focusing on both full loads and groupage consignments that are less transit-time sensitive, and on customers seeking to reduce their carbon footprint.
EKOL has a warehouse in the immediate vicinity of the railway terminal in Budapest, from where it can arrange the onward distribution of the shipments. ADR goods can also be transported on that route.

“The option of combining road and rail also offers the possibility of loading the trailers more heavily. The issue of capacity that arises increasingly in servicing Eastern Europe also plays a part,” Van Ongeval adds. “There are fewer trucks available because East European drivers are finding more and more work closer to home.”
Transuniverse and EKOL are already using Cologne as an intermodal starting point for freight bound for Turkey. EKOL will also be making use of the train on the Zeebrugge-Trieste axis from now on. 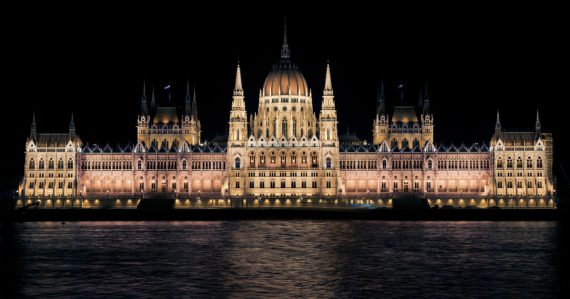