At the end of May, Transuniverse Forwarding sent its first truck off to Russia. From now on, the Wondelgem-based shipping and logistics group covers the entire European continent.

“We had a lot of customers asking if we could ship their goods to  Russia.   We thoroughly investigated everything to do with serving Russia, from customs procedures and conditions of payment to the logistic processes. The conclusion was that Russia is a market that we could certainly take on”, Bram Van Der Cruyssen, traffic operator Eastern Europe at Transuniverse Forwarding, tells us.

“Russia was the last country on the continent that we did not ship to.   So  this  completes  our  coverage  of  Europe”, adds  operations  manager  Kevin  Van Ongeval.   “What is more,  it was good timing.  The Russian economy has taken a dip,  but it is on the up again,  although we still need to take account of the impact of trade sanctions on certain goods.”

At the end of May, the very first truck left Wondelgem with a consolidated freight.

“We  currently  prioritise  two  routes  and  three  destinations.  We  drive  via  Smolensk  to  serve  Moscow  and Skolkovo,  the Russian ‘Silicon Valley’ nearby,  where the electronics giant Intel also has an important base.  We also serve St. Petersburg via Vilnius in Lithuania. We use specialised transporters on both routes, and we have an official partnership on the  Russian  side with a shipping group in Moscow.  The  lion’s  share  of  our  shipments is currently destined for the capital.”

The service is not yet offered at fixed intervals.   “We are in the start-up phase  and  we  are  still  building  up  cargo  volumes.   But we do have the opportunity to load up daily  in  Belgium  and  can  also  deal  with  ADR  goods  and temperature-controlled  consignments  as  well  as  conventional  freight, in part loads and full loads.   We do all our transportation under the TIR system.”

Some  shippers, including a few big names, are  already  using  the  new  line.   They entrust Transuniverse Forwarding with  ‘high end’  products  as  well  as ‘middle end’ goods. 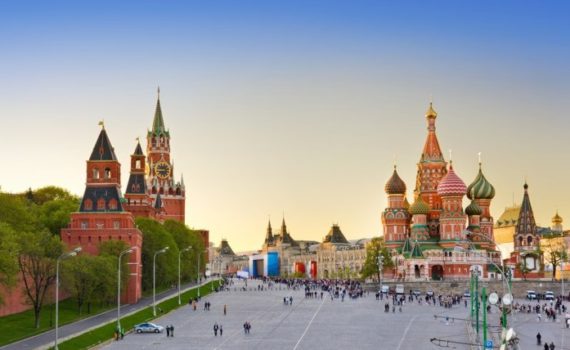