Countries in the spotlight: Spain and Portugal

Spain and Portugal are two of the countries where Transuniverse Forwarding is the market leader with its groupage services. Thanks to this strong position and our experience in these destinations, the transport operations are well balanced and the frequency of the service is high (though the coronavirus crisis is leaving its mark). We also have a nice trump card: our express shuttle service which carries shipments to Barcelona in 24 hours.

Operational Project Manager Frederik Boon explains how the service on the Iberian Peninsula is organised in normal times: “Every week, 40 lorries leave Wondelgem for Spain, with 30 or so also heading to Portugal. In Spain, we have fixed routes for Barcelona (daily), Madrid (daily) and Irun (twice a week). Local distribution is handled by our agents EKOL Logistics (Barcelona and Madrid) and Argitrans (Irun). We also have ‘free lorries’ which either carry larger shipments directly to the customer or unload and load at local depots.”

Transuniverse has another asset when it comes to groupage: an express shuttle service for Barcelona. “By doubling the crew in our lorries they reach Barcelona within 24 hours without exceeding the driving times and rest periods. Our proposition for Spain is therefore quite unique because we can offer both frequency and speed,” says Frederik Boon.

Thanks to this interplay, Transuniverse still has great potential for growth despite its already strong position. “For Spain and Portugal, our lorries carry not just pallets but also bulk cargo. Some customers are not yet aware that Transuniverse is an economically attractive alternative for their packages, especially thanks to the fast shuttle service,” he adds.

“What type of goods do we most transport to Spain in normal circumstances? Basically everything. Mainly industrial, chemical and pharmaceutical products. But we also have equipment available for temperature-controlled and conditioned goods. Automotive is also a key area. In the opposite direction, from Spain to Belgium, we mainly carry tiles, often with shoes on top (we combine heavy and bulky goods to make the best possible use of our load capacity), wine and electrical appliances such as aircon units,” explains Frederik Boon.

Transuniverse offers a high service frequency for Portugal too, with five to six departures per day, sometimes combined with loads for Spain. “Our agent, Grupolis, takes care of the local distribution from Lisbon and Porto. The goods we transport to Portugal are largely the same as those for Spain. We also often carry yarn and leather for the textile and footwear industry. In the other direction, the shipments consist mainly of tiles, wine, shoes and textiles,” adds Frederik Boon.

“Spain is one of the countries that has been hardest hit by COVID-19. This is obviously having repercussions on volume and frequency. But thanks to our strong position we will be able to pick up the thread quickly again once the situation normalises,” he concludes. 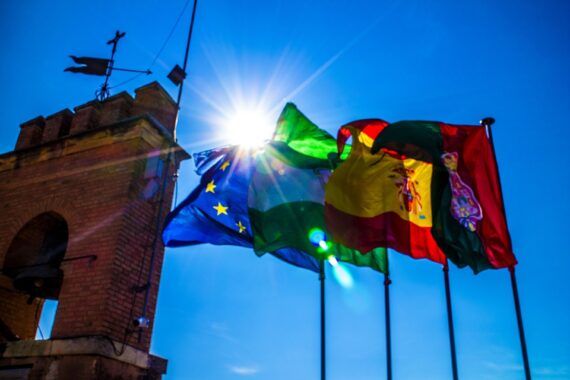