Transuniverse at the Salon de la Sous-Traitance Automobile in Tangier

At the end of September, the sixth edition of the Moroccan automotive subcontracting trade fair  took place in Tangier. Our new subsidiary Transuniverse Forwarding Maroc and its partner Transit Jalal were present at this “Salon de la Sous-Traitance Automobile”.

The automotive industry is growing rapidly in Morocco. The country has two car factories: one of Renault-Nissan and one of Peugeot-Citroën. They do not only serve the local market, but more and more export cars. In 2018, exports grew by 20% to more than 8 billion euros. This turnover is expected to rise to 10 billion euros in 2020.

As a result, the import of parts, packaging, equipment, etc. will also increase strongly. In addition, the demand for all kinds of services such as logistics and transport is also growing.

Since May, Transuniverse has a subsidiary in Casablanca : Transuniverse Forwarding Maroc, which has its own transhipment platform. A truck departs daily from Wondelgem to Morocco. The transit time varies from two to four days. 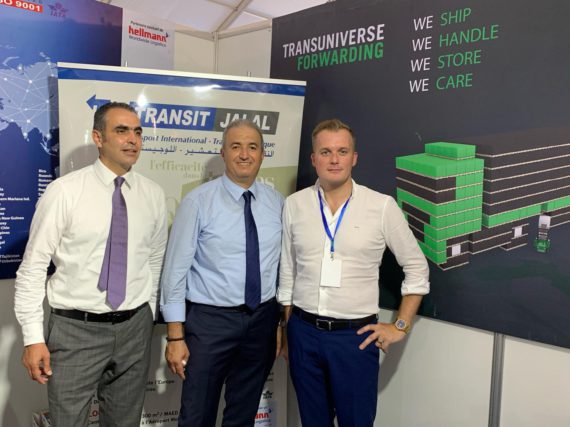