Own subsidiary companies in France and Morocco

Transuniverse Forwarding has set up subsidiaries in France and Morocco. Transport to both countries was expanding so rapidly that the need for our own local organisations arose. These offices and hubs have been operational for a few weeks, giving service provision in both countries a strong boost.

The head office for Transuniverse France is in Garonor, the immense logistics zone north of Paris, along the A1 (Autoroute du Nord). This is also where the central transshipment platform for France is situated. The French subsidiary fulfils a commercial role in addition to its operational duties. It will ensure further growth in the existing groupage transport between Belgium and France. The new team will also ensure that Transuniverse Forwarding’s presence is highlighted in shipments between France and the rest of Europe.

In this context, a branch and smaller cross-docking hub has opened in Lyon.  In the fairly short term, Transuniverse also wants to open transshipment platforms in other major French cities. For example that will be happening soon in Rijsel.

Furthermore, Transuniverse has set up its own groupage company in Casablanca to serve the Moroccan market better. This branch started out with four staff. Today, there are daily shipments from Wondelgem to Maghreb. The office Casablanca has its own transshipment platform.

In Tunisia, Transuniverse continues to work with an exclusive agent, AST Tunis (Avenir Service Transport). There, AST’s infrastructure is also used for the cross-dock operations.

Furthermore, Transuniverse Forwarding France plays an important role in transport to and from Morocco and Tunisia. Lorries to and from Wondelgem can stop in Garonor to re-load, to increase the speed of the frequent shipments to and from both countries. 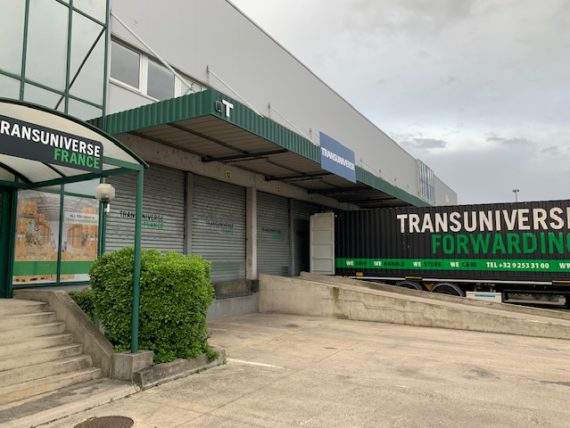