Cross-dock warehousing plays a key role in groupage transport. It is there that the goods are unloaded and leave almost immediately for their final destination. The quicker and more efficient their transit is, the better. But in speed lurks a risk of errors. Warehouse Manager Christophe Malfait makes sure that this core activity of Transuniverse Forwarding runs more efficiently and that the error rate remains minimal.

Christophe has been working for Transuniverse for over eighteen months now. “Before that I worked at Volvo Logistics in Oostakker. I started there as a warehouse employee and worked my way up to Operations Team Leader where I was responsible for the outbound traffic of Volvo truck parts for the international market. But after 24 years, I was ready for a new challenge. After about two years as Warehouse Supervisor at Sano Rice in Ghent, I joined Transuniverse as the cross-docking manager, which was more in line with the know-how I had acquired at Volvo,” he says. The cross-dock warehouse works 24/24 and 5/7 with 35 people over different shifts.

After a few months, he also became responsible for Handling, a team of six employees. “This department makes sure that the administration – such as CMR and customs documents – is dealt with correctly and acts as intermediary between Operations and the warehouse. The latter is important for any problems to be dealt with efficiently,” he says.

The Logistics Department also comes under Christophe. “We also take care of the storage for two customers at our site in Wondelgem. One is a supplier of click laminates and the other specialises in battery chargers for bicycles and cars. A team of ten employees manages the stocks, does the order picking on demand and assembles the boxes and pallets that are pushed into the groupage network,” he explains. These three departments are therefore highly complementary. The better the interaction between them, the better the quality of service.

Exports play a dominant role in Transuniverse’s groupage charts. “This activity has been growing steadily and bottlenecks sometimes occurred at peak times. We are tackling these by improving communication with Operations and by increasing automation. The latter is not as obvious as one might think: cross-docking is a complex activity with many parameters,” says Christophe.

More quality thanks to automation

The first phase of this automation process has now been completed, i.e. the introduction of scanning for all goods. “Previously, we’d be working with loading and unloading lists that the operators ticked manually. Scanning is much more accurate and reliable but requires a little more from the handling process. Because people had to work differently, an adjustment period was needed. With my experience at Volvo, I was aware of the many advantages of scanning and was able to to convince them more easily, which speeded up implementation. The result: visibility is much better, flow is smoother and quality has already improved by no less than 40%,” Christophe notes.

So that first phase is over. “In the autumn we shall be launching the second phase of automation. The customer will not only be able to track their goods as they are being transported, but also internally in the warehouse. They’ll be able to find out more quickly whether their boxes or pallets have been received, whether they are ready to be dispatched or have already left, and so on,” he adds.

The aim is to continue reducing the error rate, make traceability even more accurate and improve the quality of the exchange of information with internal and external customers. “We expect this second phase to be completed within the year,” Christophe concludes. 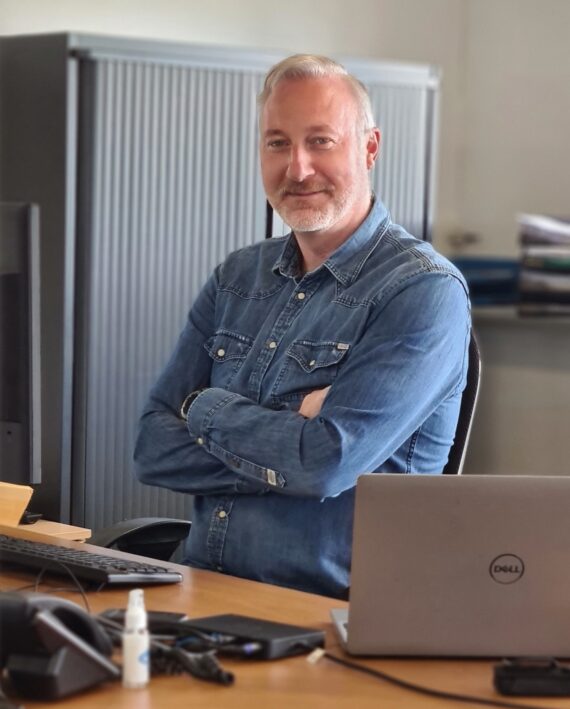