Country in the spotlight: Morocco

Morocco was hit hard in 2020 by the pandemic and a severe drought. They affected two important parts of its economy: tourism and agriculture. Some sectors such as industry, however, have held up well. Furthermore, some recovery has been noted in 2021. Despite the generally unfavourable circumstances, Transuniverse Forwarding is experiencing stability and even a slight increase in traffic.

Transuniverse is one of the market leaders today in groupage traffic in Morocco. Our company has achieved this position through close cooperation with its subsidiaries Transuniverse France and Transuniverse Morocco, as well as through the local association with JTTL, a national Moroccan forwarding company and carrier established several decades ago.

“Groupage traffic in Morocco is characterised by a great imbalance: about 90% of it is export and 10% import. This has an important impact on the transport capacity available on the market: trucks from Morocco mainly transport temperature-controlled products, which makes it difficult for refrigeration companies to find return freight. With its strong position in Belgium and France, Transuniverse is able to offer them large volumes. This means we are able to create privileged links and to make sure that we have sufficient capacity. As a result, we can offer very frequent departures,” explains Eva De Brauwer, Traffic Operator for Morocco at Transuniverse in Wondelgem.

Transuniverse Forwarding works in conjunction with its subsidiary Transuniverse France for Morocco. France is in fact a major trading partner of Morocco, which generates more traffic than Belgium.For Transuniverse, this is a double advantage. “On the one hand, we can offer frequent direct departures from Belgium and France to our cross-docking centres in Casablanca and Tangier Med, and on the other hand we are able to pool resources and flows. A truck can in fact leave Wondelgem half loaded and complete loading in Paris or Valencia. This is how we are able to offer between seven and twelve departures in all each week to Morocco,” explains Hervé Caplier, director of Transuniverse France.

Since 2018, Transuniverse Forwarding has had its own subsidiary in Morocco, with 10 employees. It works closely with JTTL in Casablanca, Tangier Med and at Mohammed V airport. Transuniverse Morocco handles international traffic and cross-docking, while JTTL handles local customs clearance and national distribution. This collaboration is a win-win situation in terms of efficiency, quality and speed,” says Frederik Boon, Export Manager at Transuniverse Forwarding.

The economic difficulties experienced by Morocco in recent years have not, on the whole, impacted Transuniverse too much. “A drop has been noted in certain sectors – textiles, for example – but this has been compensated by an increase in demand in the Tangier Med region and in the automotive sector in particular,” he explains.

The COVID-19 crisis did indeed strongly impact Morocco in 2020, causing significant job losses in several sectors, including tourism and textiles, and resulting socio-economic sequels (including increased poverty). In addition, 2019 and 2020 have seen a significant decline in agricultural production due to persistent drought.

One sector that has fared better is the automotive sector. The port of Tangier Med has indeed become a major hub for this industry. Renault operates the largest car factory in Africa. Tangier’s industrial and logistics zones are playing an increasing role in the production and logistics of components. In addition, the Stellantis group opened a factory near Rabat in 2019, while China’s BYD will build an electric car factory in Tangier Med.

For 2022 and 2023, economists were expecting modest growth (of +1.1% and +4.6% respectively). The war in Ukraine, the rise in fuel prices and the increase in the price of imported cereals, however, are putting the Moroccan economy under renewed pressure, the World Bank notes. In addition, inflation is having a strong impact on consumption and further drought has caused agricultural production to fall by over 17%.

In addition to these dark clouds, there are also fortunately some clear spells. As a result, the recovery in tourism has been faster than expected. Similarly, the industrial sector is performing strongly (although at a slower pace). 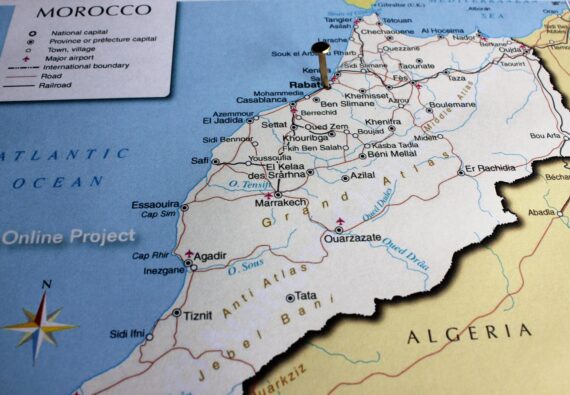