Transuniverse Forwarding takes off after Brexit

While many companies are still struggling with the aftermath of Brexit, Transuniverse is gearing up to cope with the increased volumes. “Like everyone else, we did not have an easy time in January, especially with clients in the UK who had underestimated the formalities. But thanks to the expertise of our customs specialists and planners, we were able to absorb the shock well. We are even increasing our capacity,” says Kevin Van Ongeval, Group Operations Director at Transuniverse.

In anticipation of Brexit, most exporting companies in the European Union had generally prepared themselves well. “On the export side, everything was virtually under control when the UK left the EU on 1 January. On the other side of the Channel, however, this was not the case. Most British companies thought, out of ignorance, that the change would be “a piece of cake”. Due to missing or incorrect documents, many shipments did not clear customs. They piled up in the transshipment centres in the UK and Belgium, causing delays of several days,” he explains.

“The Transuniverse teams were well prepared. We have hired new planners, expanded the administrative team and made use of additional equipment. Admittedly, it wasn’t all plain sailing and our partners in London, Birmingham and Hull also had problems. Nevertheless, our transport operations ran smoothly overall and, consequently, many new customers found their way to Transuniverse. We even had to put some of them on hold temporarily to cope with the traffic in those difficult conditions,” Van Ongeval adds.

During February, things improved. “For many of our regular customers, the routine is starting to kick in. But traffic remains very heavy in both directions, leading to capacity problems. These are exacerbated by a much slower rotation of the trailers and containers. Customs formalities at the ports and in the British hinterland take time, so the trailers and containers stay on the road for longer. We are using more of our own and chartered trailers and more 45-foot containers. Nevertheless, we are still experiencing a shortage of capacity,” says Van Ongeval.

In addition, Transuniverse has invested in extra people. “Even since 31 December, we have recruited new people. Our UK team has doubled to six people, with extra emphasis on customs and clearance, where additional staff were also added. Two vacancies are still open. In addition, in January we made extra investments in automation to optimise communication with shippers, recipients, brokers and agents,” he continues.

“Due to the Brexit turmoil, the UK is becoming a niche market where knowledge of the formalities and documents is decisive. Those who have the knowledge become the leaders in that market. Transuniverse is definitely one of them,” says Van Ongeval. “This turmoil is also having an impact on the cost of transport to and from the UK. The slower rotation of the equipment and the additional people represent a structural additional cost. In time, this will have an impact on transport prices.” 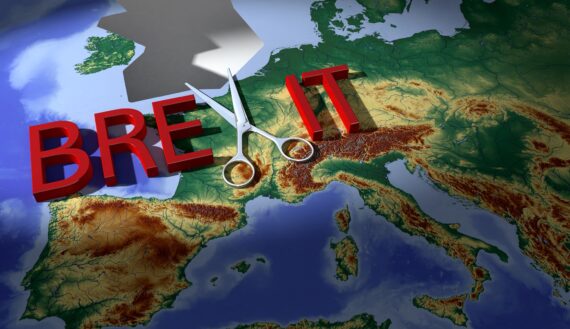