Transuniverse Forwarding replaces most of its trailer fleet

Of our more than thirty trailers, we rent 22 from TIP Trailers. These were starting to show signs of obsolescence. We have therefore replaced them with new state-of-art trailers which we recently commissioned.

The tautliner semi-trailers with Transuniverse Forwarding lettering and logo were built by the well-known German manufacturer Krone and are rented as before from TIP Trailers. “It’s beautiful equipment. The trailers are robust but also light, so they can carry up to 27 tonnes of cargo. They are suitable for combined transport (piggyback) and ro-ro traffic,” says purchasing manager Miri Nedelcu.

“The trailers are also very well secured. They’re equipped with an ‘anti-slash’ sliding tarpaulin, which means that steel netting has been incorporated into the canvas so that thieves can’t access the cargo. Also, stowaways don’t stand a chance of getting into the vehicle, which is important for our UK traffic,” Miri continues.

In addition to its thirty trailers, Transuniverse also has thirty 45’pallet-wide containers. 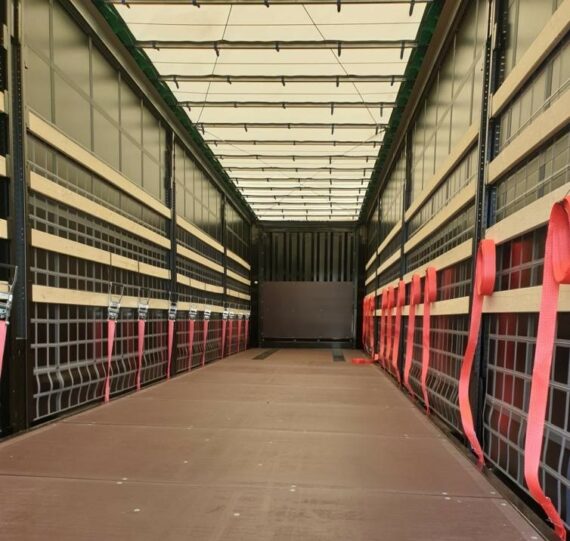