Transuniverse Forwarding is the premium Sponsor for the Belgian cycling championship, which will take place in Ghent this year. On Sunday 30 June, contestants will race around a 222 kilometre track, starting at the town hall and finishing at the Watersportbaan [Water Sports Course]. That’s where you will find us.

The men’s race starts at midday. First, they cycle via Merelbeke towards the Flemish Ardennes, where they do an 18 kilometre loop, three times. After that, they go towards Ghent where they do another seven 15.5 kilometre circuits on a fully enclosed track. That ends with a long, straight stretch towards the Watersportbaan.

This year, the women’s race is also receiving more attention. The start time and the track, which is almost the same as the men’s, have been set up so that they will get more public and media interest than before.

Transuniverse will have a clear presence along the Watersportbaan and will welcome their customers and business relations in an appropriate setting.

But it doesn’t stop there. On November 30th, Transuniverse Forwarding will also be the Premium Sponsor for the cyclo-cross championship near Kortrijk. Just like the Belgian cycling championship, this is the first time that our company has sponsored a cyclo-cross competition.

Both initiatives fit in with Transuniverse’s aim to increase brand awareness and visibility. Earlier this year, that also translated into sponsorship of the football clubs AA Gent and FC Antwerp, where our company has a private club box. 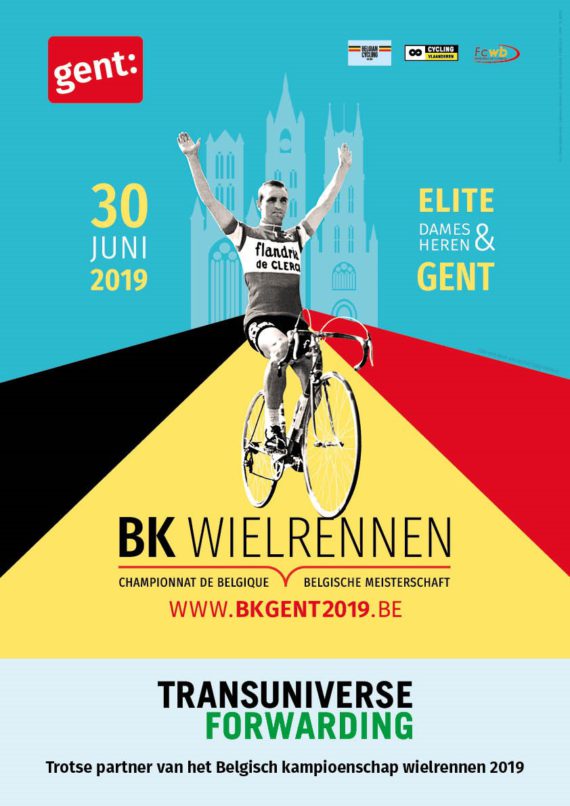