During our 35th anniversary celebrations, we collected over 11,000 euros for good causes. We elected to support MPI Pottelberg, a school where children benefit from a specially designed approach. They are often youngsters who are in vulnerable or worrying situations. They are received into various ‘living groups’, including De Villa. This is a boarding school for boys and girls between the ages of 2.5 and 18 with a heightened need for support.

Carers contribute to the maximum development of every child’s all-round personality, so that they are ready to function in our society after their stay. Measures include the creation of a homely, sociable atmosphere, with the emphasis on a positive and everyday living environment.

De Villa was in need of renovation. Transuniverse was in a position to contribute to the major works required thanks to the money collected. This summer, the building was extended and revamped. The space was equipped more efficiently and separate corners were created. In implementing this project, MPI Pottelberg worked with ‘De Poort’, a sheltered workshop in Kortrijk whose work includes supporting job seekers. 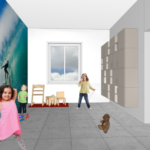 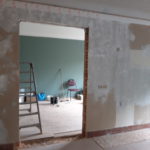