Country in the spotlight: Italy

Just over a year ago, Transuniverse Forwarding and Italmondo concluded a strategic cooperation agreement. Since then, this Italian groupage specialist has been taking care of the distribution of our shipments to Italy and vice versa. “The partnership is going smoothly. Capacity to and from Italy is under pressure, but the partnership enables us to keep it high,” says Jeroen Menschaert, Italy specialist at Transuniverse.

Italy is one of Transuniverse’s core markets. “Since Italmondo became the exclusive agent, we have been able to improve the service. The company has transshipment platforms all over Italy, which allowed us to set up direct scheduled services from Wondelgem (Ghent) to the largest cities and industrial centres. With our previous agent, groupage shipments always had to be transshipped to a cross-dock centre in Milan. These direct lines have enabled us to cut down on transshipment and reduce transit times to all destinations in Italy. We now also have more opportunities to pick up and deliver goods throughout Italy,” Jeroen is keen to point out.

“Some 30 to 40 trucks leave for Italy every week, and we can usually reduce transit times to a week. Since the cooperation with Italmondo, traffic from Italy has increased considerably. We receive about 35 import trucks per week. These additional services not only give us more opportunities to serve Italian cities directly, but also ensure more capacity,” he adds.

“Capacity is much more of an issue than it used to be. The shortage – everywhere in Europe – is due, among other things, to the driver shortage and the entry into force of the Mobility Package. Because traffic is more balanced, these trucks allow us to maintain our capacity at an acceptable price, which is quite a challenge these days,” Jeroen emphasises.

The goods transported are very diverse, on both the export and import side. “Italy has a lot of small and medium-sized enterprises, as we can tell from the type of shipments transported,” he continues.

SMEs have an impact on the economy

Indeed, the Italian economy is largely driven by the production of high-quality consumer goods by small and medium-sized enterprises, many of which are family-owned.

Another characteristic of the Italian economy is the big difference in wealth and development between the industrialised north and the still predominantly agricultural south. Despite a very active subsidy policy, this imbalance remains.

Italy’s foreign trade bears the hallmark of the ‘4 As’, especially in terms of exports: Alimentari (food), Abbigliamento (fashion), Arredo (furniture and design) and Automazione (automation, mechanisation and plastics industry). This last sector is experiencing a sharp increase in exports. Tourism is also a stronghold of the Italian economy.

Italy’s economy, which is creaking under a heavy burden of public debt, has been on a sluggish trajectory for a long time. Investments were growing too slowly (even before the corona crisis), partly because the country is not very stable politically. Governments change all the time, so structural problems are not sufficiently addressed, which deters investors, especially foreign investors. The considerable shadow economy also plays a deterrent role. An additional problem is that the Italian economy runs at two speeds. There is, of course, the difference between the north and the south, but there is also the difference between the large companies that tend to perform well and the small SMEs that find it more difficult to operate within the euro area.

But there is improvement to come

However, there seems to be improvement to come. During the 2020 corona year – when Italy became the first EU country to be hit hard by the virus outbreak – the economy contracted by some 9%. According to Italy’s central bank, the country is set for 5.1% growth in 2021. It has become more optimistic about the recovery and an increase in investment. In 2022 and 2023, the economy will continue to grow by 4.4% and 2.3% respectively, according to the Banca d’Italia. It expects the economy to return to pre-corona crisis levels by the middle of this year.

This optimism is driven, among other things, by the expected effects of the government’s recovery plan and the continuing low interest rates, which are fuelling investment – by both companies and individuals. Of course, rising inflation and the conflict in Ukraine could throw a spanner in the works.

Italy in a nutshell 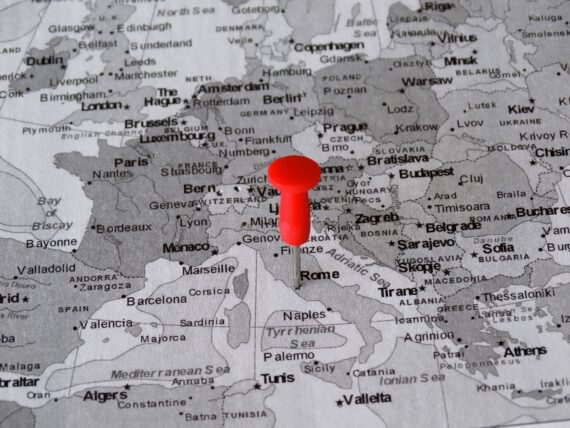